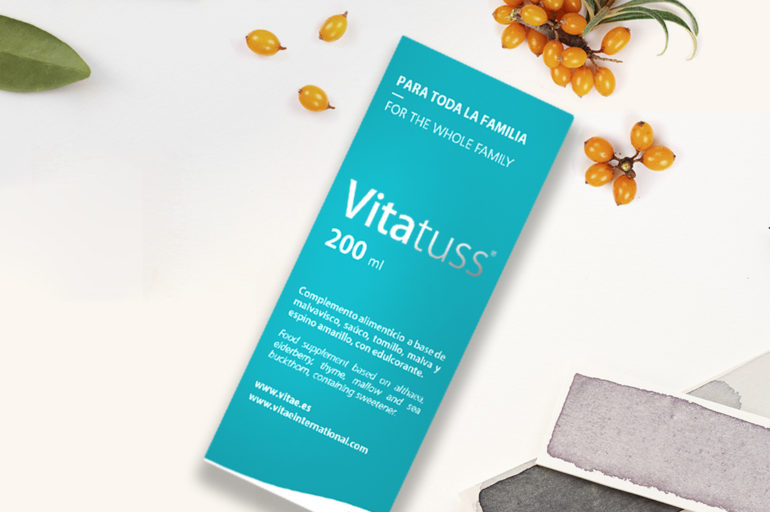 3 things you didn’t know about Vitatuss

We have just launched a natural syrup indicated for dry and productive cough. We have taken the opportunity to speak with our technical department so they explain us all the secrets of Vitatuss.

Vitatuss is a syrup based on of sea buckthorn, elderberry, thyme, mallow, althaea and agave nectar.

Thanks to its formula, Vitatuss is a pleasant and fruity syrup, based on natural extracts. Vitatuss, combines the benefits of traditional remedies with sea buckthorn, as a differentiating element for its wide variety of actions, in a single syrup suitable for the whole family (since it can be taken after 3 years of age).

Apart from the benefits of the already well-known ingredients, we added sea buckthorn, rich in mucilages, to protect and soften the mucous membranes. It cover the mucosa forming a film, in addition to containing the local anti-inflammatory effect and having antiseptic effect. Sea buckthorn is also rich in vitamin C, which contributes to the immune system in cold episodes.

Ah! And also, it is gluten free, lactose free and suitable for vegans. 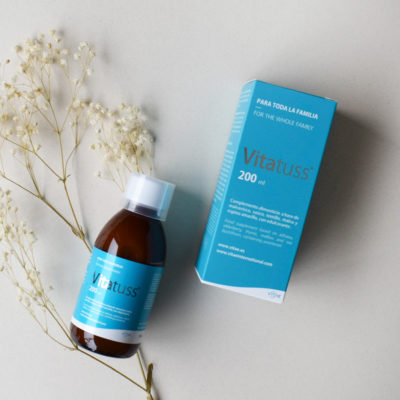